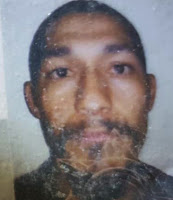 A fugitive suspected of involvement in a hammer attack, which left two people injured, in Tulsa, Oklahoma, was arrested at a Joplin bus station Friday, according to KJRH in Tulsa.

Jose Diaz, 30, is charged with two counts of assault and battery with a deadly weapon. From the KJRH report:

Diaz is believed to be the last person seen running from the residence where two people were found with severe head wounds.

The attack, which left the victims in critical condition, occurred at approximately 1:20 a.m. Thursday, August 18, in the 3500 block of W. 41st Street.

Diaz was taken into custody by the Southwest Fugitive Apprehension Marshal Task Force.