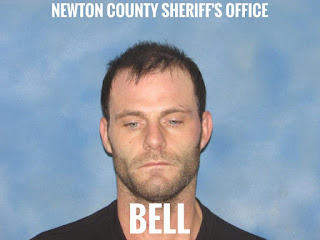 Two suspects, Joel Alexander Bell (29) of Carthage, and Andrew Mitchell Utley (24) of Webb City were taken into custody a short time after the vehicle crashed. A stolen firearm was recovered in the vehicle as well as methamphetamine.

Charges were sent to the Newton County Prosecutor's Office and were filed on today.

Bell is being held on Assault on Law Enforcement Officer 1st Degree, Armed Criminal Action, Possession with Intent to Distribute, and 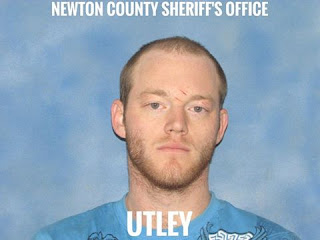 Utley is being held on charges of Assault on Law Enforcement Officer 1st Degree, Armed Criminal Action, Felon in Possession of Firearm, Possession with Intent to Distribute, and Resisting Arrest.

No one was harmed in the incident which we are thankful for.

We would like to thank City of Neosho Police Department and Missouri State Highway Patrol for all of their assistance during this incident.

On 12/19/2016 at 3:30PM, a Newton County deputy attempted to initiate a traffic stop on a vehicle for a traffic violation in the area of Jefferson St. and Spring St. in Neosho.


The vehicle crashed at the intersection of Jefferson and North St.

No one was struck or injured from the shooting. Both suspects are in custody at our jail.

Further information will be released at a later time.
Posted by Randy at 7:19 PM