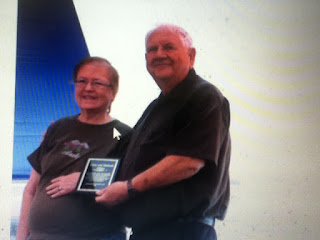 After meeting over a game of cards in the student union at Pittsburg State University as freshmen in 1965, Larry and Melinda (Peebles) Dixon married two years later and have continued to be partners in life for 50 years.

Melinda grew up in Wichita, Kansas, the daughter of Harry (HAP) Peebles, a country music promoter across the Midwest, and Phyllis Peebles, a registered nurse. Larry grew up in Heavener, Oklahoma, the son of railroad engineer, Carl, and Francis Dixon. Both chose Pittsburg State University, following older siblings – Jim Dixon and Carol Peebles.

The couple were married Jan. 25, 1967, in Pittsburg State's Timmon's chapel, after finishing finals the day before. The ceremony was officiated by Bro. Albert Moore, an old family friend. Best men were Bobby Jack Duncan and Bob Hall and maids of honor were Nancy Thornhill and Margie Alger. Melinda’s dream was and became teaching.

Melinda’s first year of teaching, after graduating with two bachelor’s degrees in history and Spanish, was at Lockwood High School in the fall of 1968, where she taught Spanish, American and Missouri history, sociology and psychology. She taught at Lockwood High School for another 43 years, taking off one year to work on her Master's degree while Larry was deployed overseas.

In the late 1970s, she also took on the role as part-time high school counselor. In the community, Melinda was involved with teaching Sunday School and Vacation Bible School classes at First Baptist Church, as well as serving as Sunday school superintendent for 15 years. She served nearly 20 years as president of the local chapter of the women educator’s sorority, Delta Kappa Gamma, being the first Lockwood teacher to join in 1976.

Melinda dedicated herself to Lockwood’s Scholars Bowl (academic) program, which began only as a Monett radio program quiz tournament once or twice a year in 1972. By 1975, she had the shop teacher build a set of wooden buzzer boxes and was traveling with a team to nearby tournaments.

In 1977, with the help of Larry, she instigated the Lockwood Invitational Tournament, which became one of the premier academic tournaments of the area. In 1985 she drafted the by-laws for the original Midwest Conference Scholar’s Bowl tournament and soon after, she and Larry started L&M Question Service writing tournament questions. They also became involved with the Missouri Academic Coaches Association in the early 1990s, being part of the organizing for academic teams to fall under the Missouri State High School Activities Association.

Larry and Melinda then, in conjunction with Lamar's academic coach, created the Mind Games tournament in 1993 One of the largest annual tournaments ever in southwest Missouri it averaged 64 teams participating (with a high of 78) until its demise in 2012 with Melinda's retirement. Melinda was honored with the Carol Farmer Founder’s Award from the state coaches’ association in 1997 and served as the organization’s president in 2000. Her academic teams won over 1600 hundred games with her as coach finishing first in over 60 tournaments with teams finishing 2nd, two 3rds, and a 4th in state tournament competition.

In 2013, she was recognized through the University of Missouri-Columbia Missouri Scholar’s Academy as an Outstanding Teacher, nominated by former student John Barber.

Larry earned bachelor’s and master’s degrees in chemistry from PSU and received his commission as a second lieutenant through the ROTC program. He attended signal corps officer basic at Ft. Gordon, Georgia, and then was assigned as communications officer to a Pershing Missile Battalion at Fort Sill, Oklahoma in 1969. He was then deployed to Vietnam to the 39th Signal Battalion as the Battalion Wire Officer and later Battalion Adjutant at a base called “Plantation” between Long Bihn and Bihn Hoa. As wire officer, he was responsible for all of south central South Vietnam's military telephone lines and, later, as adjutant for the entire battalion's administration. Before he was sent home in 1971, he was awarded the bronze star for service.

Upon his separation from service he went to work for Eagle Pitcher Industry as a power systems engineer. During his three years there his assignments included analysis of NASA's Lunar Rover's batteries, development of batteries for the Space Shuttle, and various missile battery systems for the defense department including the Tomahawk cruise missile. He left that position to be able to spend more time with his wife and new daughter. He taught science at Miller High School before being hired at Lockwood High School, where he taught full-time until 2001 and then continued part time for another 10 years. He was named a Joplin Globe Distinguished Educator in 1993 after being nominated by former student Justin Ogden, who is now an orthopedic surgeon in Lamar.

In the Lockwood community, Larry continues to teach Sunday school at First Baptist Church. He previously has served on the city’s Park Board and currently is a member of the Library Board. Larry and Melinda were the grand marshals of the 2015 Lockwood September Days, as representatives of teachers in the community. They enjoy hearing updates from their former students and have taken advantage of their retirement to spend more time with family and growing a vegetable garden. They also continue to write questions for academic tournaments and provide occasional tutoring for local youth.
Posted by Randy at 7:49 PM