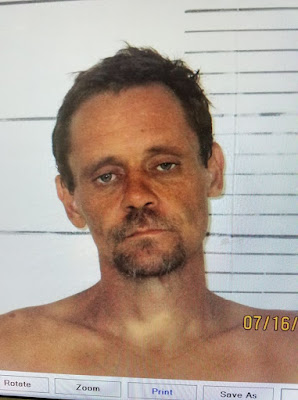 On August 20, 2017 at approximately 6:15 a.m. an inmate at the Barton County Sheriff’s Office was able to manipulate a locked door in the booking room area. He then had access to be inside the offices and the conference room of the Sheriff’s Office.

The on-duty dispatcher at that time was Gloria Martinez who attempted to get access into the conference room however the door was locked and she was unable to.

The inmate opened the window in the conference room and pushed the screen out and fled from the sheriff’s office in a northwesterly Direction. Sheriff Shaw was contacted about the escaped inmate at approximately 6:17 a.m. and he responded to the Barton County Jail immediately.

All the road officers in jail staff was contacted to assist in trying to locate the escaped inmate along with officers from the Lamar Police Department. Sheriff Shaw contacted Sheriff Randee Kaiser from Jasper County and also Sheriff Jason Mosher from Vernon County and asked for assistance in searching for the subject. Both agencies sent manpower to assist in searching for the escaped subject.

Numerous law enforcement from the Barton County Sheriff’s Office and the Lamar Police Department converged on the area and located the inmate hiding in a bush.

The inmate was taken into custody at 7:14am and transported back to the Barton County Jail. Report will be sent to the Barton County Prosecuting Attorney Steven Kaderly for consideration and filing the criminal charges of escape from custody. Sheriff Shaw would like to say thank you to all of the law enforcement agencies who came to assist in apprehending the escaped inmate.
Posted by Randy at 6:00 PM