Writer, teacher to lecture at MSSU during Korea Semester 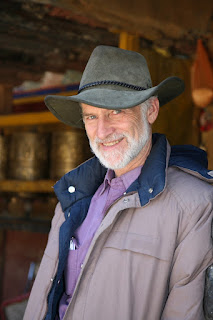 ·         “Top Ten Things Everyone Should Know about Korea”
11 a.m., Thursday, Aug. 31 in Webster Hall’s Corley Auditorium
The lecture will provide a fascinating introduction to North and South Korea, discussing the people, history, politics and culture. His presentation guarantees revelations into what really makes Koreans tick.
·         “Touring North Korea: Absolutely Fascinating! (But is it for Real?)”
9 a.m., Friday, Sept. 1, Corley Auditorium

Wintz’s first visit to North Korea was 42 years ago. In recent years, he has guided American groups on tours all over the north – from the ski slopes near the Chinese border and the industrial cities along the Russian border – to the DMZ border with the South. Most striking is the “Workers’ Paradise” showpiece capital of Pyongyang, a city known for its architecture and the people’s expansive smiles.

This presentation will offer insights into the historical evolution of religion in both the north and south. The talk will reveal how a variety of the world’s religions have become an essential part of the religious character and consciousness of the Korean people.

Each of the presentations is free and open to the public.

Gary Wintz has traveled to more than 220 countries, colonies and territories in the last 40 years. He has worked for UNICEF and taught in China and Tibet. He has visited Korea six times in the last three years.
Posted by Randy at 7:20 PM