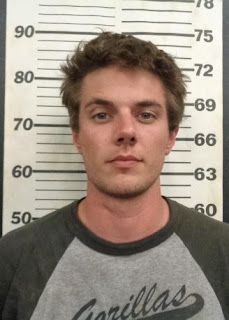 During the course of the search, authorities seized suspected narcotics along with a handgun.

Arrested at the scene was 24-year-old Dylan Kreiger. Kreiger was transported to the Cherokee County Jail on allegations of possessing methamphetamine, possessing marijuana, possessing drug paraphernalia and criminal use of a weapon. He has since been released after posting $7,000 bond.
Posted by Randy at 10:09 AM