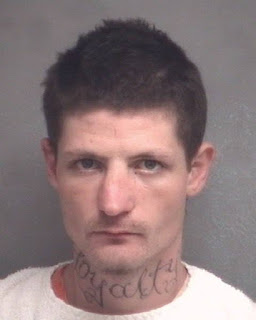 On 11/28/2017 at 10:19 p.m. officers responded to the area of 202 South McKinley for reports of gunshots. A caller reported hearing two shots and yelling from the residence. Officers contacted multiple people at the residence and cleared the house. They didn’t find anybody injured or any signs of a shooting. Nobody at the residence confirmed a shooting occurred either. While there, officers did locate a stolen vehicle parked in the driveway. The stolen Nissan pickup was reported stolen to Jasper County the day previous and was recovered by our officers.

Shortly thereafter, officers who were still investigating received information that a male had been shot in the face at the location and taken away before the officers arrived. Officers and detectives began and extensive investigation to determine the location of the victim. The victim was located in Joplin later in the night and had been shot in the face. It was determined he was in fact shot at that residence. He was described as having non-life-threatening injuries, with a bullet striking him in one side of the face and exiting the other side.

At approximately 7 a.m. this morning, officers and detectives located and arrested Joseph D Pryor, 25, from Joplin at the Sunrise Inn on South Range Line.

This case is still under investigation.
Posted by Randy at 9:23 AM