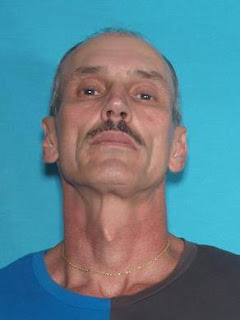 The Webb City Missouri Police Department had been seeking Paul Storms for running from them in a vehicle on November 8th. His picture was all over the media and Storms had eluded capture.

Last night at 11:41 p.m. one of our officers pulled into Casey's at 403 North Main. He saw three people in and around a truck acting odd. They began yelling at each other, one ran into the bathroom and the other two ended up rushing into the store and trying to go unnoticed in the aisles, peeking at the officer.

Being a trained observer, the officer contacted all three. Storms was identified and arrested for two Probation Violation Warrants, two Felony Resisting Arrest Warrants and one Burglary Warrant. He was arrested and a female with him was arrested for a JPD warrant. Storms was also charged with drug paraphernalia that he had.
Posted by Randy at 4:32 PM