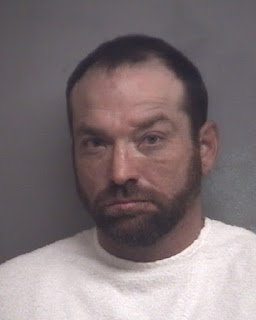 The Newton County Prosecutor’s Office filed a charge of Arson in the 1st Degree with a $10,000
bond against Corey L. Stevens, 36, Neosho, in connection with the fire this morning at EconoLodge, 3510 South Range Line.

When the officer arrived, he saw smoke coming from the north side of the building on the second floor. The hotel staff told officers they had been told the resident of the room was destroying the room and throwing things through the glass window.

As the officer approached the room, a male jumped out of the room through the partially broken glass and ran away. Officers gave the male commands and took him into custody without further incident. Officers began evacuating rooms as the smoke was very thick at that point. The Joplin Fire Department responded to extinguish the fire and investigate the cause of the fire.

The male was taken into custody for arson in the first Degree and transported to the Joplin City Jail. He exhibited behavior consistent with being under the influence of narcotics and hasn’t been able to be booked in yet so no mugshot is available.

Charges are being submitted to the Newton County Prosecutor’s Office. He has been identified as Corey L Stevens, 36, from Neosho. No injuries were reported from this incident.
Posted by Randy at 2:47 PM