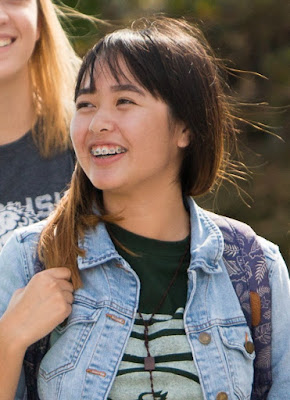 Vu, an international studies major from Joplin, was returning from a Model United Nations Conference in Chicago along with five other students and a faculty sponsor for the university's Model UN Club.

According to a report from the Illinois State Police, the accident occurred at 6:14 p.m. when a semitrailer traveling southbound on Interstate 55 struck seven vehicles traveling at highway speed. The driver and passenger of one of the vehicles were killed, while 12 others sustained injuries and were transported to area hospitals. Vu and another person involved in the crash sustained life-threatening injuries.

She joined Missouri Southern as a member of the Honors Program and was described as "a bright spark" on campus by Dr. Michael Howarth, the program's director.

"Vivian was always smiling, always eager to have a conversation if she met you anywhere on campus," he said. "She was the kind of person you would talk with for five minutes and then want to spend another hour continuing the conversation.

"She was full of big dreams and infinite possibilities. She was emblematic of the qualities that define an Honors student. Her many friends in the Missouri Southern community will greatly miss her."

Dr. Chad Stebbins, director of the International Studies program and Vu's faculty advisor, said she had a love for adventure and travel.

"Vivian was planning to spend the spring semester at a university in Thailand," he said. "Last summer, she spent four weeks in South Korea. She was very outgoing and had a magnetic personality. All the other students loved her."

"By all accounts, Vivian was a wonderful student and friend, and had a bright future ahead of her," said Marble. "Our heartfelt condolences go out to her loved ones during this difficult time."
Posted by Randy at 7:02 PM