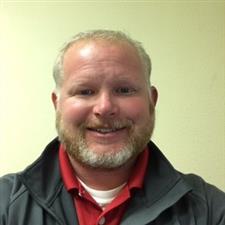 (From the City of Joplin)


City Manager Sam Anselm announces that Paul Bloomberg has been promoted to the position of Director of Joplin Parks and Recreation. Bloomberg has served as Assistant Director for the department since 2015. He was named Interim Director earlier this year, when former director Scott Garrie took a similar position in Gardner, Kansas.
Bloomberg has been with the City for 17 years, having been originally hired in 1999 as Recreation Supervisor to manage pool operations, Memorial Hall, recreation programs and special events. In 2008 he received additional management responsibilities in his position to include the operations of the Joplin Athletic Complex, all parks concessions, and marketing and sponsorships.
Prior to joining the City of Joplin, he served as the Recreation Manager for the Channahon Park District in Channahon, Illinois.
“Paul has a great understanding of the community and the recreational programs popular in our area,” said Anselm. “I know in this new role he will continue to work with enthusiasm in service to our residents by providing quality parks and leisure opportunities. He is a strong addition to our leadership team at the City.”
Bloomberg earned a Bachelor of Science Degree in Recreation Parks and Tourism Administration from Western Illinois University in Macomb, Illinois.  He is a member of the National Recreation and Park Association and the Missouri Park and Recreation Association.
He and his wife, Deandra, have been married for 20 years and have two children, Emma, age 17; and Cameron, age 12.
Bloomberg’s promotion was effective September 19, 2016.
Posted by Randy at 9:25 PM