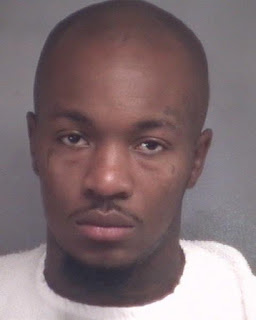 During the stop, the female driver exited the vehicle and informed the officer that she had been kidnapped by the male passenger. The male passenger got into the driver’s seat and fled from police. A pursuit was initiated, which came to a stop near mile marker 17.6 on I-44.

The suspect fled on foot but was apprehended and arrested a short distance away after a K-9 track. The suspect has been identified as Keith D. Matthews, age 27, from Little Rock, AR. It was later determined that Matthews was holding the victim at gunpoint inside the vehicle and during the car stop she was able to escape from the suspect and alert the officer.

Charges are being submitted to the Newton County Prosecutor's Office for Felonious Restraint, Tampering 1st Degree, Resisting Arrest and Armed Criminal Action. Matthews also had a parole violation warrant out of Arkansas (originating offenses of Fraudulent Use of a Credit Device (2 counts), Robbery (2 counts), Possession of a Controlled Substance).