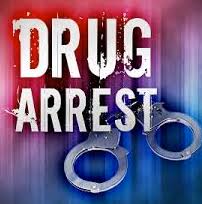 The Missouri State Highway Patrol’s Division of Drug and Crime Control announces the arrest of Jayme J. Richardson, 43, and Tieraney A. Anderson, 24, both of Joplin, Missouri, on Thursday, December 27, 2018.

The arrests of Richardson and Anderson were the result of a narcotics investigation conducted by members of the Division of Drug and Crime Control’s Narcotics/Vice Unit. The Patrol was assisted by the Newton County Sheriff’s Office and the Ozark Drug Enforcement Team.

Once inside the home, investigators located Richardson, Anderson, and a juvenile. As a result of their search, investigators seized approximately 190 marijuana plants, 10 firearms, and several pounds of processed marijuana. A family member took custody of the juvenile. Richardson and Anderson were arrested and transported to the Newton County Jail.

The above charges are mere accusations and are not evidence of guilt. Evidence in support of these charges must be presented before a court of competent jurisdiction whose duty is to determine guilt or innocence.
Posted by Randy at 6:56 AM