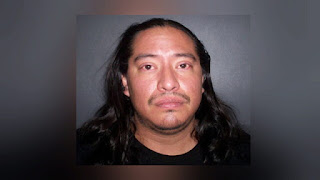 (From the Jasper County Sheriff's Office)

On 12-20-2018 at approximately 3:54 A.M., Jasper County deputies responded to 622 Mower Street in Duenweg in reference to a first degree assault.

During the investigation, deputies learned that an argument occurred between two individuals at the residence and during the argument, Larry McGee, 59, of Duenweg, was cut with a machete. McGee was transported to a local hospital with non-life threatening injuries.


Later that morning deputies along with the Jasper Police Department arrested the suspect Theophilus Jose Rodriguez, 34, of Jasper for First Degree Assault. (A Felony)

The investigation continues at this time and no further information is available.