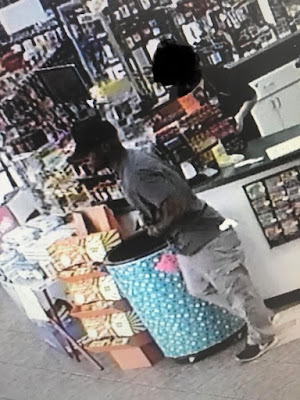 The suspect fled the scene in what was described as a black or dark colored 1990’s model Jeep Cherokee. He was armed with a handgun that he displayed to the clerk during the robbery.

No one was injured as a result of the robbery and the investigation is ongoing.