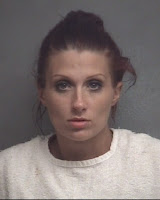 On August 23, 2018 the Joplin Police Department Special Investigation’s Unit, along with other Joplin Police detectives, conducted a search warrant on a hotel room at Motel 6, 3131 South Range Line. Detectives were seeking Ronal Smith for felony warrants and illegal narcotics that were being sold from the room.

After entering the room, officers found three males in the room along with one female hiding in the bathroom.

John C. Harbaugh, 36, Joplin, (third photo from top) was arrested for possession of marijuana and possession of drug paraphernalia. 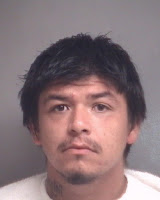 Darrin W. Goff, 24, Joplin, (second photo from top) was arrested for felony stealing related to stolen property that was recovered at the search warrant.

Megan L. Eldridge, 28, Joplin, was arrested for felony hindering prosecution, possession of a controlled substance and possession of paraphernalia.

Charges are being submitted to the Jasper County Prosecutor’s Office and all 4 arrested were transported to the Joplin City Jail. The investigation involving the stolen property and other charges is ongoing. 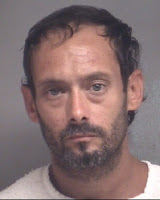 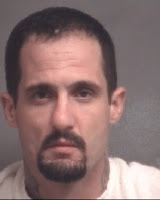