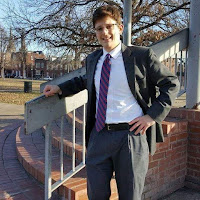 Elad is a constitutional attorney. He served as an assistant attorney general until the end of 2016 and represented Missourians in courts throughout the state.

Since then, Elad has fought for better government in Missouri by investigating and suing a dark money organization trying to buy Missouri’s elections. He has also sought to enforce Missouri’s government transparency laws and pushed for fairness in our underfunded education and criminal justice systems.

Elad has announced his intention to run for Missouri Attorney General in 2020.