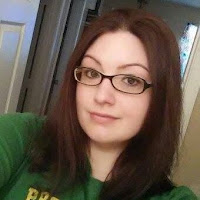 Upon arrival, deputies found a 32-year-old female, Sarah Tyminski, dead from a gunshot wound. A second subject identified as Chris Lamb, 35 years old, was also shot and was transported to an area hospital. Mr. Lamb resides at this address.


A 58-year-old male suspect has been taken into custody.

He was also treated for a gunshot wound. It is believed the dispute started over a custody issue.

The investigation is continuing at this time.