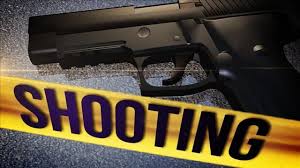 The Newton County Sheriff’s Office is currently investigating a shooting that occurred on Sunday 06/23/2019 in the Stella area.

At approximately 4:30PM, Deputies responded to 19898 Terrier Road in Stella. The investigation is still underway but at this time it appears that a 27-year-old male went to that location demanding to get a small child that he is the father of.

Apparently there are unresolved custody issues over the child. The situation escalated with the 27-year-old making threats.

Gunshots were exchanged between the 27-year-old and Joshua Roller, a 34-year-old male that lives at this address.

The Newton County Sheriff’s Office will be requesting charges from the Prosecutors Office against the 27-year-old for 1st degree assault, armed criminal action and child endangerment.

The investigation continues at this time.