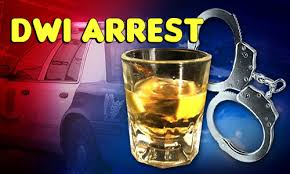 (From the Seneca Police Department)

On 11-25 Officer Thiel attempted to make a car stop on a vehicle at U Highway and Stateline Road. The driver failed to stop and continued west.

The driver eventually made his way back over into Missouri. The driver ran off the road at Jute and Antelope. The driver attempted to flee again backing into Officer Thiel's vehicle.

The driver continued east for a few more miles eventually pulling over.


The driver quickly fled from the vehicle but was apprehended a short distance down the road by Officer Thiel. The passenger was later located and was arrested as well.

The driver was arrested on a outstanding parole violation warrant as well as DWI, assault on a law enforcement officer driving while revoked and possession of drug paraphernalia. The passenger was arrested on eight warrants from three different jurisdictions.
Posted by Randy at 9:33 AM