(From the Joplin Area Chamber of Commerce)

The Joplin Area Chamber of Commerce (JACC) announced Thursday that the Chamber Board Directors has appointed Tobias (Toby) Teeter as the new President. 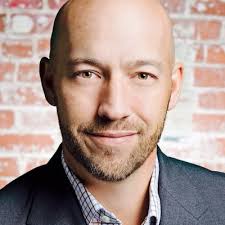 Teeter is native to the greater Joplin area and brings strong entrepreneur experience to the organization. A graduate from Missouri State University with a Bachelor of Science in finance and insurance, he later attended the University of Missouri, graduating from the School of Law in 1999. Following school, Toby went to work for Hendren and Andrae, LLC in Jefferson City, MO as an associate attorney and registered lobbyist.

After his time at the Missouri State Capitol, he ventured out to begin his first of many companies, Litmus Media, Inc., based in Kansas City, MO. He later sold the company and relocated back to the Joplin area.

While back in Joplin, Toby kept his entrepreneurial spirit alive, investing in several tech start-ups. During this time he was involved with redeveloping the Gryphon Building located at 10th & Main Street.

In 2014 Toby founded two new companies, LocalRaces.com LLC and Mr. Bigg Deals, both of which reside in the Chamber’s Joseph Newman Innovation Center.

“Toby has a strong background in starting and running small firms. He brings a heart for entrepreneurship and small business which will enhance the Chamber’s efforts to grow business,” shared Rob O’Brian, former Joplin Area Chamber of Commerce President.

Throughout Teeter’s career as an entrepreneur, he has taken time to give back to the local Joplin and Carl Junction communities. He has served on boards for the George A. Spiva Center for the Arts and Downtown Joplin Alliance, where he was the driving force behind Joplin Third Thursdays.

In addition he served on the Carl Junction Educational Foundation Board of Trustees and in 2012 was honored by the City of Carl Junction with the Citizen of the Year Award.

Brandon Davis, Chairman of the JACC Board said, “After interviewing candidates from many backgrounds, the Search Committee, Chamber Board and stakeholders were impressed by Toby’s knowledge of chamber work, his ideas for leading our Chamber, and his passion for our community and desire to see it grow and thrive. The Board looks forward to working with him to make Joplin a great place to live and work.”

The selection comes after a five month process following a nationwide search conducted by Waverly Partners, LLC, which was selected by the Joplin Area Chamber of Commerce Board of Directors.

The JACC President’s seat was left vacant with the departure of Rob O’Brian after a 23-year tenure. After a thorough selection process, the search committee made up of Chamber members and community stakeholders conducted an extensive series of interviews.

Teeter’s first day with the Chamber will be December 10, 2018. As President, he will help set the future direction of the Joplin area business community through economic development, public policy, and investor relations.

The Chamber has a rich history of providing strong support to the community and local businesses; staff is excited to begin the new chapter under the direction of Mr. Teeter.
Posted by Randy at 10:56 AM