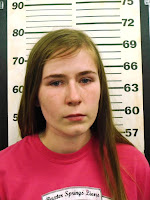 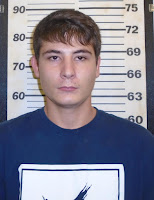 A search warrant was executed Tuesday evening as part of a month-long investigation by the Cherokee County Sheriff’s Office into suspected drug activity near a Baxter Springs school.

“During the course of the investigation, and subsequent search of the home, suspected cocaine, marijuana, drug paraphernalia and evidence of drug distribution was seized,” stated Cherokee County Sheriff David Groves.

Three suspects were taken into custody Tuesday night and transported to the Cherokee County Jail.

Arrested at the scene were:

Jacob Eiland, 18, (center photo) and 20-year-old Hannah Spradlin, both of the home. They each face allegations of Possessing Marijuana with Intent to Distribute within 1,000 feet of a school, Possession of Cocaine, Possession of Marijuana, Felony and Misdemeanor Possession of Drug Paraphernalia. They are each being held on $33,000 bond.

“Drug distribution, regardless of the drug, is an inherently dangerous crime and this case is especially concerning due to the close proximity to one of our elementary schools, the presence of cocaine and the young ages of the suspects involved.”

“Because of their ages, this case can serve as a good reminder for parents to be engaged with their kids and have open honest conversations about the dangers of drug use and associating with those who chose that type of criminal activity,” concluded Sheriff Groves.
Posted by Randy at 6:30 AM