MSSU, Bookhouse Cinema combine for "On the Road" series 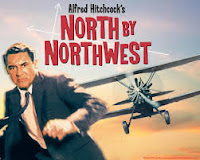 Movies thrive on movement and changes of scene, so it’s not surprising that films that focus on journeys have always been popular with both filmmakers and audiences.

The MSSU Harrison and June Kash International Film Society and Joplin’s Bookhouse Cinema will present a series of internationally acclaimed films about epic journeys with “On the Road” – a series of classic road movies.

All films will be shown at 7 p.m. on Tuesdays, and admission is free.

Directed by Federico Fellini, the story follows a circus strongman (Anthony Quinn) and his young, silent assistant as they travel and perform along the roads of Italy. With an introduction by Dr. Bill Kumbier.

Dennis Hopper and Peter Fonda star as two bikers on a drug run that propels them across the country. The film features Jack Nicholson in one of his first sensational roles. Introduction by Dr. Steve Wagner.

Gael Garcia Bernal stars as Che Guevara, who travels with a friend on a beat-up motorcycle along the length of South America, with the goal of providing medicine to the poor. Introduction by Dr. Bill Fischer.

Opening with the discovery of the body of a homeless woman found frozen in a ditch, the film uses flashbacks and interviews to follow the rough encounters along the road that led to her death. Introduction by Michele Holt.

The double feature will begin with the 1997 film starring Pierce Brosnan as a shipwrecked fugitive fighting for survival on an island. Peter O’Toole and Richard Roundtree star in “Man Friday,” which offers a more innovative spin on Daniel Defoe’s classic novel.

The films are featured as part of Missouri Southern’s “Robinson Crusoe Week” – this year’s Literature Lives event sponsored by the Department of English and Philosophy. Note: The films will be shown at 4 and 7 p.m., respectively.

In Alfred Hitchcock’s classic film, a Madison Avenue executive (Cary Grant) is mistaken for a diplomat and pursued across the country by a sinister foreign agent. Along the way, he meets a woman (Eva Marie Saint) carrying dark secrets. Introduction by Dr. Michael Howarth.
Posted by Randy at 10:47 AM