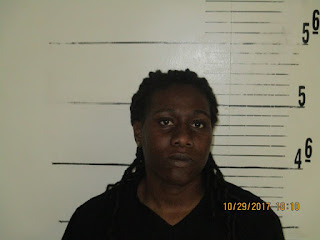 The Barton County Sheriff's Office is asking for the public's assistance in looking for a subject who has an active warrant for her arrest out of Barton County.

If you have any information of this subject's whereabouts please contact the Barton County Sheriff's Office at 417-682-5541 or your local law enforcement agency.

The charges for which the above were arrested or are accused of are mere accusations and are not evidence of guilt. Evidence in support of the charges must be presented before a court of competent jurisdiction whose duty is to determine guilt or innocence.
Posted by Randy at 8:14 AM