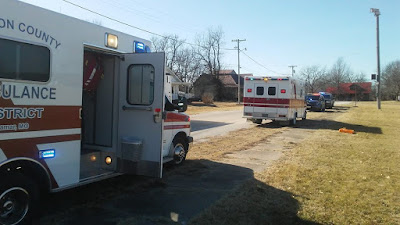 On 01-25-2018 the Barton County Sheriff's Office received a 911 call of a subject on Mill Street in Golden City who had taken too much medication and was attempting self harm with a knife.

The Barton County Ambulance and Deputies from the Sheriff's Office responded to the home. Deputy Sheriff Ron Kirby was already on patrol in the town of Golden City and went on scene a few short minutes after the call came in.

Deputy Kirby stayed with the subject who was drifting in and out of consciousness until the medical personnel arrived on scene. A 47-year-old male was transported by a medical helicopter to a local hospital for medical treatment. 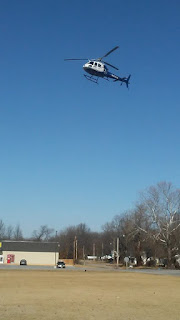